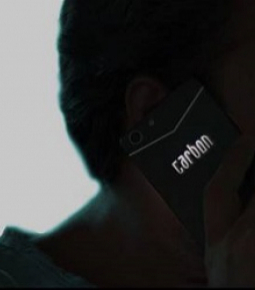 Some of you know me for being the co-founder of CarbonWorks, Inc. the company behind Carbon smartphone. Graduated as a computer engineer with software specialized doesn’t really qualify me ENOUGH to be who I am now. But during my study at the Arab International university. I took the advantage to meet amazing professors, teachers, and colleagues.  People who really help me unlock my potentials and have a different view on how the industry works. I wasn’t among the top 10 students back then, but I was busy building my multidisciplinary skill-set. Thanks to the professors who accepted me to join their classes, I used to join classes in the business/Architecture/Interior & Art. that built a great foundation. Studying in a university was important, but it’s not what it takes to get you ready for the real business. What was more important is realizing that it’s the foundation, it has the keys required to unlock the great potential in us, and that’s what I learned very well. Meeting great professors who have great local and international academic/business career.  I earned a great knowledge and perspective in the field of technology/design/art/entrepreneurship. Still, to this date, working daily in combining and mixing between these industries, whereas the most, see them unrelated. I become a multidisciplinary creative technologist, building interactive futuristic concepts. few of my projects international awards, last was at the MWC, Barcelona. As the co-founder of 3 start-up businesses, you know I have a strong entrepreneurial spirit. I am the co-founder of CarbonWorks, Inc., a company the is heavily depending on R&D. the company that created ‘Carbon Smartphone®’, the world’s first smartphone created from advanced composites (Carbon-fibre &Kevlar), nanotechnology(Graphene )and cutting-edge electronics. Which makes it the thinnest, lightest & strongest flagship smartphone ever made. Carbon Mobile was launched to the public on October 16th, 2016 during Gitex Technology Week in Dubai. The idea started in early 2015 and in less than 14 months with extremely limited resource and in the unrealistic timeline, CarbonWorks was able to create the final version of Carbon smartphone. Since the project started, I faced skeptical feedback labeling the project as “unrealistic & far-fetched”, but my ambition, hard work & solid belief in my dream pushed me to work harder till the dream became a tangible reality. Aside from Carbon mobile, my previous projects have won international awards. Earlier this year, my work on the ‘Virtual Mall’ was awarded ‘Best E-commerce Project’ during Mobile World Congress 2016 in Barcelona. This project was one of its kind as it was launched in Dubai last year & now it’s expected to be implemented across the Middle East and Europe.