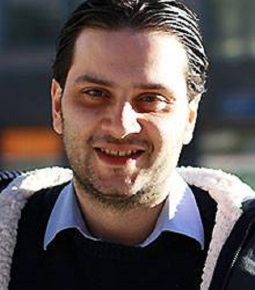 .  Being an alumni at Arab International University (AIU) has opened up many doors abroad. Having a Bachelors of Science (BSc) in IT Engineering gave me the tools to pursue higher education. In 2011, I was accepted as a Management and Finance Master’s student in Birmingham City University, UK, where I developed my Master’s thesis “Relationship between Dividend Policy & Share Price of Firms: Apple VS. Microsoft.” Upon my return to Syria, I worked as a software engineer for one year and was then promoted to become the manager of the IT department in the Syria Trust for Development. I developed a series of educational and entertaining programs for Syrian children, and became responsible for aligning IT projects that harness software development to address the local needs of communities in Syria. In 2014, I was granted a full scholarship by the Swedish Institute to pursue my M aster’s studies in software engineering at the University of Gothenburg, Sweden. I feel proud that I was selected as one of the fifteen out of the more than 300 Syriancandidates for this competitive scholarship program. My thesis was titled “Group Development and Software Engineering Performance”, a case study that I conducted at Ericsson, the telecommunication company, and passed with distinction. I investigated the relationship between the maturity of software development teams and their velocity in implementing tasks and planning their work effectively. Upon my graduation, my thesis was published in the University’s e-library, and a thesis-based article was accepted in the International Conference of Software Engineering (ICSE).  In 2016, I started working in a research project, Minclusion, as a developer and a researcher for Chalmers University of Technology. Minclusion is a two-year project that focuses on facilitating the inclusion of refugee and forced migrant into Swedish society by the support of mobile application technology. I work directly with refugees on a day-to-day basis to ensure that the development of our mobile application caters to a wide range of their needs.  As a contributor to the research work in the Minclusion project, I submitted a proposal to the Mobile Learning Week conference in Paris, which was hosted by UNESCO. Of the over 500 presentation proposals that UNESCO and UNHCR evaluated, our proposal was one of approximately 60 that was selected for inclusion in the program of events. I and colleague presented the results of the field studies that were previously conducted to elicit and specify user requirements for a new language learning mobile app. One of my future endeavors is to pursue a PhD program, during which I can utilize the knowledge and experience gained in my IT career.