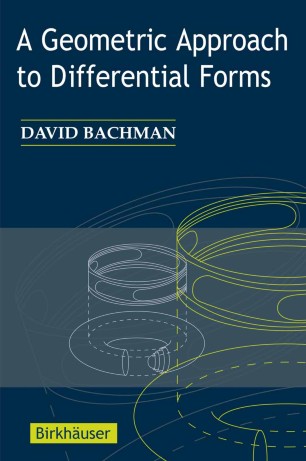 A Geometric Approach to Differential Forms

The modern subject of differential forms subsumes classical vector calculus. This text presents differential forms from a geometric perspective accessible at the undergraduate level. The book begins with basic concepts such as partial differentiation and multiple integration and gently develops the entire machinery of differential forms. Each new concept is presented with a natural picture that students can easily grasp. Algebraic properties then follow. This facilitates the development of differential forms without assuming a background in linear algebra. Throughout the text, emphasis is placed on applications in 3 dimensions, but all definitions are given so as to be easily generalized to higher dimensions. A centerpiece of the text is the generalized Stokes' theorem. Although this theorem implies all of the classical integral theorems of vector calculus, it is far easier for students to both comprehend and remember.