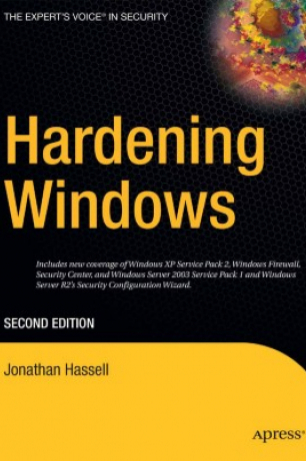 Hardening is the process of protecting a system against unknown threats. System administrators harden against that which they think could be a threat. Administrators know the Internet is a hostile environment. Although they can't tell, for example, that a hacker will attempt to gain access to the SQL server next Tuesday, they can bet money there'll be an attempt soon and should "batten down the hatches" in anticipation. Hardening Windows, Second Edition is the definitive "counterintelligence" guide to performing preventative security measures for the Windows operating system. This second edition covers the release of Windows XP Service Pack 2 and its new security features, including the Windows Firewall and the Security Center. It also covers Windows Server 2003 Service Pack 1, Windows Server R2's new Security Configuration Wizard, Windows NT, Windows 2000, branch-office security features, and new setup options.