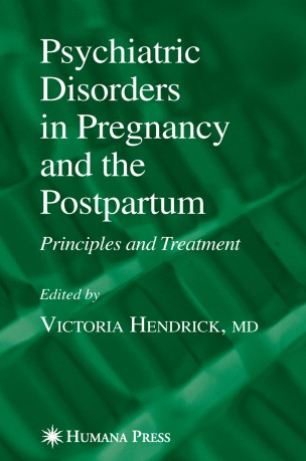 Psychiatric Disorders in Pregnancy and the Postpartum

Although psychiatric disorders during pregnancy and the postpartum period are common, clinicians often feel apprehensive about treating such patients because of the potential adverse effects of prenatal medication. In Psychiatric Disorders in Pregnancy and the Postpartum: Principles and Treatment, a panel of top experts in perinatal psychiatry reviews the many recent studies on the use of psychiatric medications in pregnancy and postpartum and assesses their impact on the diagnosis and treatment of pregnant/postpartum women. The authors focus on each of the major psychiatric illnesses, including depression, anxiety disorder, bipolar disorder, schizophrenia, substance abuse, eating disorders, and mental illness, as well as on the potential impact of these illnesses on infants and children.