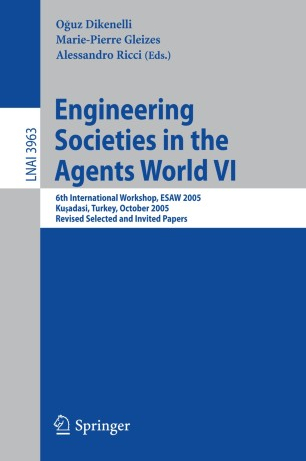 ESAW 2005 took place at the Pine Bay Hotel in Kusadasi, Turkey at the end of the October 2005. It was organized as a stand-alone event as were ESAW 2004and ESAW 2003.Following the initial ESAW vision,which wasset in 1999, by the members of the working group on “Communication, Coordination and Collaboration” of Agentlink, ESAW 2005 continued to focus on the engineering of complex software systems in terms of multi-agent societies, especially the social and environmental aspects of such societies.