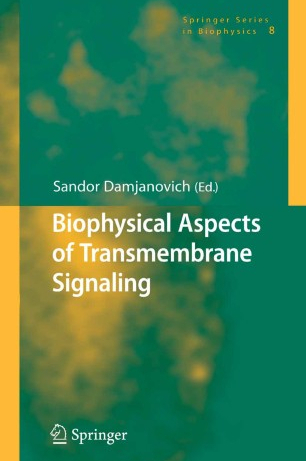 Transmembrane signaling is one of the most significant cell biological events in the life and death of cells in general and lymphocytes in particular. Until recently biochemists and biophysicists were not accustomed to thinking of these processes from the side of a high number of complex biochemical events and an equally high number of physical changes at molecular and cellular levels at the same time. Both types of researchers were convinced that their findings are the most decisive, having higher importance than the findings of the other scientist population. Both casts were wrong. Life, even at cellular level, has a number of interacting physical and biochemical mechanisms, which finally build up the creation of an "excited" cell that will respond to particular signals from the outer or inner world.