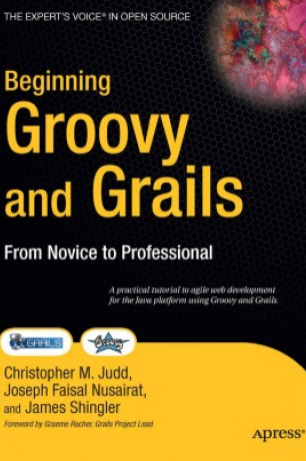 Beginning Groovy and Grails : From Novice to Professional

Web frameworks are playing a major role in the creation of today's most compelling web applications, because they automate many of the tedious tasks, allowing developers to instead focus on providing users with creative and powerful features. Java developers have been particularly fortunate in this area, having been able to take advantage of Grails, an open source framework that supercharges productivity when building Java–driven web sites. Grails is based on Groovy, which is a very popular and growing dynamic scripting language for Java developers and was inspired by Python, Ruby, and Smalltalk.