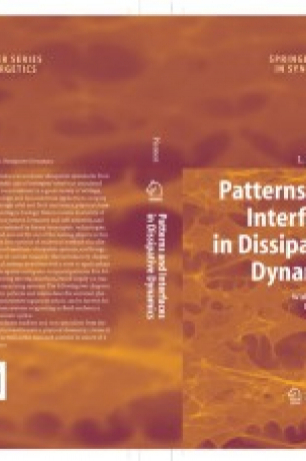 Patterns and Interfaces in Dissipative Dynamics

This book is a first-hand account by one of the leading players in this field, which gives in-depth descriptions of analytical methods elucidating the complex evolution of nonlinear dissipative systems, and brings the reader to the forefront of current research. The introductory chapter on the theory of dynamical systems is written with a view to applications of its powerful methods to spatial and spatio-temporal patterns. It is followed by two chapters treating moving interfaces, based largely on reaction-diffusion and phase-separating systems. The following two chapters on amplitude equations for patterns and waves describe universal phenomena generated by representative equations which can be derived for a variety of non-equilibrium systems originating in fluid mechanics, physical chemistry or nonlinear optics.