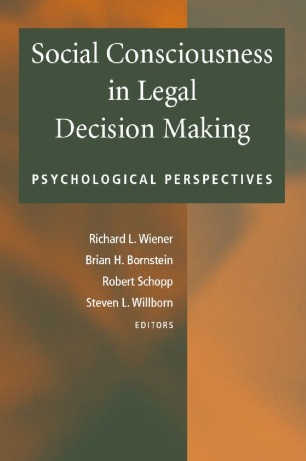 Our basic assumption about the law is that it is designed to operate fairly and openly. But with human beings as the ultimate decision makers, how do we prevent discrimination within the legal arena, and how does the law decide whether others have behaved in a discriminatory manner? Social Consciousness in Legal Decision Making examines four controversial areas involving people’s perceptions of others—racial profiling, affirmative action, workplace harassment, and hate speech/hate crime—from the perspectives of psychology, decision theory, and the law.