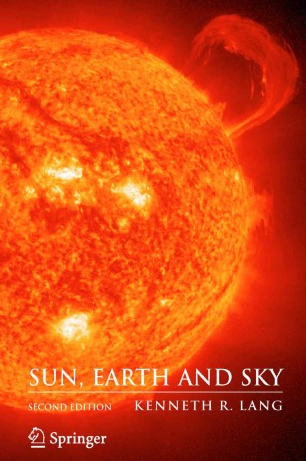 This Second Edition of Sun, Earth and Sky updates the popular text by providing comprehensive accounts of the most recent discoveries made by five modern solar spacecraft during the past decade. Their instruments have used sound waves to peer deep into the Sun’s inner regions and measure the temperature of its central nuclear reactor, and extended our gaze far from the visible Sun to record energetic outbursts that threaten Earth. Breakthrough observations with the underground Sudbury Neutrino Observatory are also included, which explain the new physics of ghostly neutrinos and solve the problematic mismatch between the predicted and observed amounts of solar neutrinos.