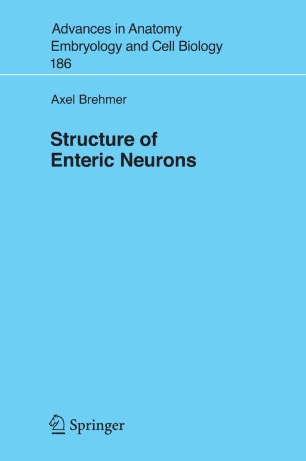 1 Introduction The plexuses of Auerbach and Meissner are peculiar to the gut; they extend from the beginning of the unstriated portion of the oesophagus to the end of the rectum. They have usually been considered to belong to the sympathetic system, but it appears to me preferable to place them in a class by themselves. We may speak of them as forming the enteric nervous system. (Langley 1900) In this context,itislessimportant that Langleyexcludedthe striated part of the oesophagus from his de?nition of the enteric nervous system (ENS). Much more remarkable seems to be that for Langley, a physiologist, structural reasons were the most decisive for taking the nervous system within the wall of the gastrointestinal tract as an entity unto itself.