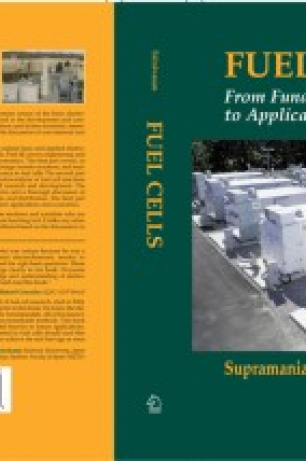 Fuel Cells: Fundamentals to Applications is a concise source of the basic electrochemical principles and engineering aspects involved in the development and commercialization of fuel cells. It describes the applications and techno-economic assessment of fuel cell technologies along with an in-depth discussion of conventional and novel approaches pursued for generating energy. This book is divided into four parts. Parts I and II explain basic and applied electrochemistry relevant to an understanding of fuel cells. Part III covers engineering and technology aspects and Part IV, applications and economics. The first part covers, in detail, the electrode kinetics and electrocatalysis of charge-transfer reactions, and leading electrochemical technologies with focus on relevance to fuel cells. The second part addresses the governing principles of fuel cells, electrocatalysis of fuel cell reactions and experimental techniques pertinent to fuel cell research and development. The third part is devoted to modeling of fuel cell systems and a thorough discussion of fuels, fuel processing and fuel storage, transmission, and distribution. The final part deals with the status of the fuel cell technologies, their applications and economics.