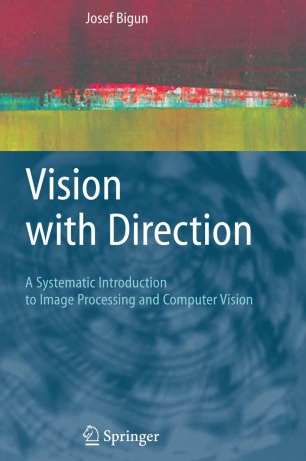 Image analysis is a computational feat which humans show excellence in, in comp- ison with computers. Yet the list of applications that rely on automatic processing of images has been growing at a fast pace. Biometric authentication by face, ?ngerprint, and iris, online character recognition in cell phones as well as drug design tools are but a few of its benefactors appearing on the headlines. The - search ?eld could equally be called visualintelligence because it concerns nearly all activities of awake humans. Humans use or rely on pictures or pictorial languages to represent, analyze, and develop abstract metaphors related to nearly every aspect of thinking and behaving, be it science, mathematics, philosopy, religion, music, or emotions.