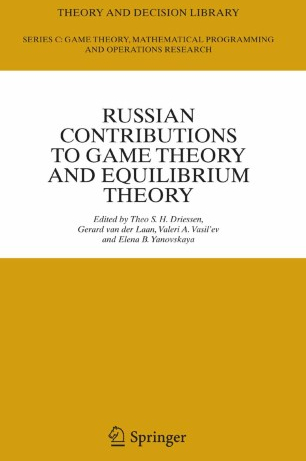 The research of Soviet scientists within the field of game theory has resulted in many high-level publications. This book aims to report about the research by Russian game theorists during the two decades 1968 - 1988 to the international readership. It contains a collection of contributions in game theory and the field of equilibrium theory.