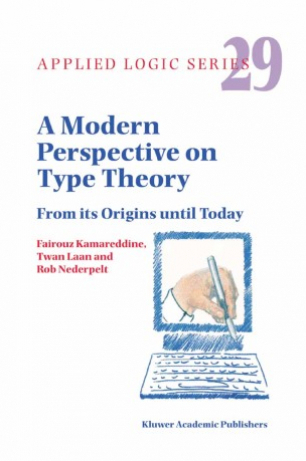 A Modern Perspective on Type Theory

The first part of the book is historical, yet at the same time, places historical systems (like Russell's RTT) in the modern setting. The second part deals with modern type theory as it developed since the 1940s, and with the role of propositions as types (or proofs as terms), but at the same time, places another historical system (the proof checker Automath) in the modern setting. The third part uses this bridging in the first two parts between historical and modern systems to propose new systems that bring more advantages together. This book has much to offer to mathematicians, logicians and to computer scientists in general. It will have considerable influence for many years to come.' - Henk Barendregt