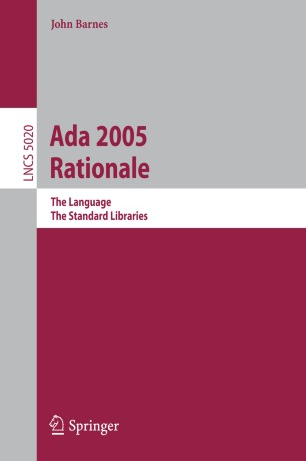 The primary goals for this book were to enhance its capabilities particularly in those areas where its reliability and predictability are of great value. Accordingly, a number of intriguing and attractive ideas have been included and implemented in a coherent manner as appropriate to the level of perfection necessary for the diligent maintenance of a language standard.