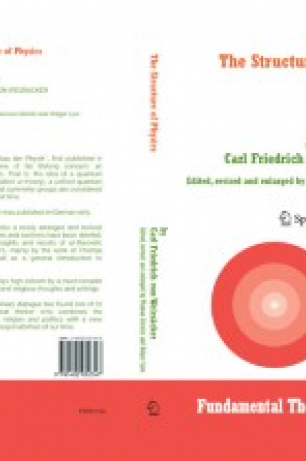 The Structure of Physics

Carl Friedrich von Weizsäcker‘s "Aufbau der Physik", first published in 1985, was intended as an overview of his lifelong concern: an understanding of the unity of physics. That is, the idea of a quantum theory of binary alternatives (the so-called ur-theory), a unified quantum theoretical framework in which spinorial symmetry groups are considered to give rise to the structure of space and time.