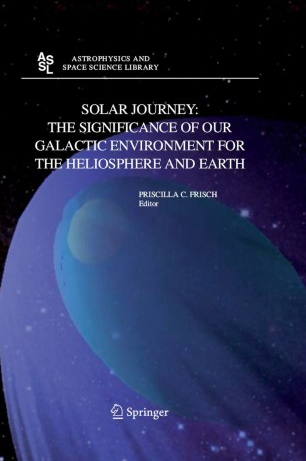 Solar Journey: The Significance of our Galactic Environment for the Heliosphere and Earth

Humans evolved when the Sun was in the great void of the Local Bubble. The Sun entered the present environment of interstellar clouds only during the late Quaternary. Astronomical data reveal these long and short term changes in our galactic environment. Theoretical models then tell us how these changes affect interplanetary particles, planetary magnetospheres, and the Earth itself. Cosmic rays leave an isotopic signature in the paleoclimate record that helps trace the solar journey through space.