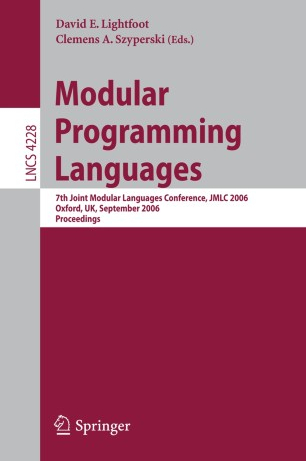 On behalf of the Steering Committee we are pleased to present the proceedings of the 2006 Joint Modular Languages Conference (JMLC), organized by Oxford Brookes University, Oxford, UK and held at Jesus College, Oxford. The mission of JMLC is to explore the concepts of well-structured programming languages and software and those of teaching good design and programming style. JMLC 2006 was the seventh in a series of successful conferences with themes including the construction of large and distributed software systems, and software en- neering aspects in new and dynamic application areas.