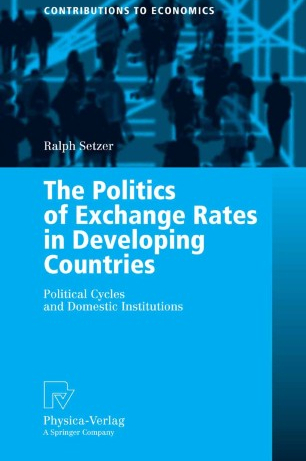 The Politics of Exchange Rates in Developing Countries

This book considers the issue of exchange rate policymaking from a political economy perspective. It illustrates both theoretically and empirically how domestic political and institutional incentives shape exchange rate policies in developing countries. Modelling policymakers’ preferences as endogenous, the book answers questions as the following: What influences the relative value that a country puts on fixed versus floating regimes? Why do governments, during certain episodes, deviate from an officially announced exchange rate regime? How do policymakers’ exchange rate preferences change during election periods? The empirical analysis is based on a panel survey of 47 countries and thereby provides insights on how political and institutional conditions typically affect exchange rate policy.