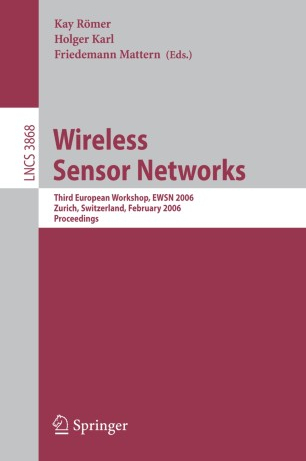 This volume contains the proceedings of EWSN 2006, the third in a series of - ropean workshops on wireless sensor networks. Its objective was to present, discuss, and explore the latest technical developments in the ?eld of wireless sensor networks, as well as potential future directions. Wireless sensor networks provide a bridge between traditional information systems and the physical world, with collections of wirelessly networked s- sor nodes being deployed in our physical environment to cooperatively monitor real-world phenomena, but also to control aspects of the physical world. In c- trast to traditional computing systems which are mostly decoupled from the real world,