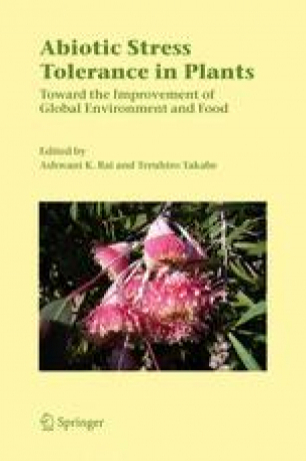 Stresses in plants caused by salt, drought, temperature, oxygen, and toxic compounds are the principal reason for reduction in crop yield. For example, high salinity in soils accounts for large decline in the yield of a wide variety of crops world over; ~1000 million ha of land is affected by soil salinity. Increased sunlight leads to the generation of reactive oxygen species, which damage the plant cells. The threat of global environment change makes it increasingly demanding to generate crop plants that could withstand such harsh conditions. Much progress has been made in the identification and characterization of the mechanisms that allow plants to tolerate abiotic stresses.