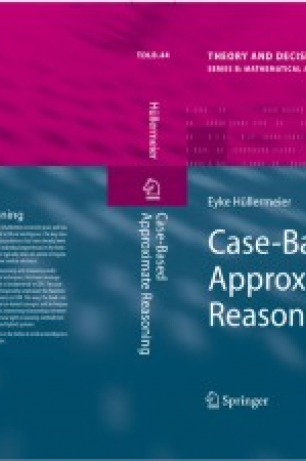 Case-based reasoning (CBR) has received a great deal of attention in recent years and has established itself as a core methodology in the field of artificial intelligence. The key idea of CBR is to tackle new problems by referring to similar problems that have already been solved in the past. More precisely, CBR proceeds from individual experiences in the form of cases. The generalization beyond these experiences typically relies on a kind of regularity assumption demanding that 'similar problems have similar solutions'. Making use of different frameworks of approximate reasoning and reasoning under uncertainty, notably probabilistic and fuzzy set-based techniques, this book develops formal models of the above inference principle, which is fundamental to CBR. The case-based approximate reasoning methods thus obtained especially emphasize the heuristic nature of case-based inference and aspects of uncertainty in CBR. This way, the book contributes to a solid foundation of CBR which is grounded on formal concepts and techniques from the aforementioned fields. Besides, it establishes interesting relationships between CBR and approximate reasoning, which not only cast new light on existing methods but also enhance the development of novel approaches and hybrid systems.