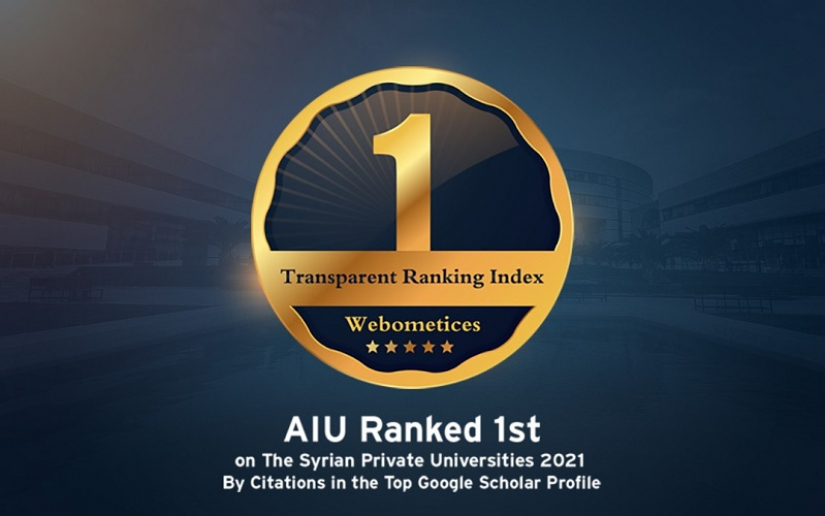 Ranking WEB of University has announced on the 5th of January, the eleventh edition of 2021 of the Transparent Ranking Index indicating Top Universities by Citation in Top Google Scholar Profiles related to scientific research. The list includes only five Syrian universities appeared in that list in the following order:

The Arab International University ranked first among private universities and third at the Syrian level, according to the webometrics at the following link: