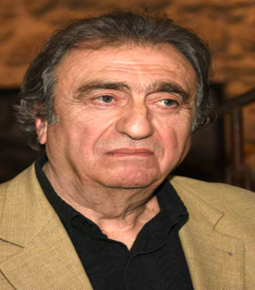 Professor at the Faculty of Art The Arab International University, Department of Optical Communication
2006-2013 Dean and founder of the Faculty of Arts
Arab International University, Damascus
Design and implementation of stained glass of the Damascene Sword at the Umayyad Square in Damascus in cooperation with the sculptor Mustafa Ali, area 200 m2 ; Structural study of metals by Dr. Eng. Ramez Raslan