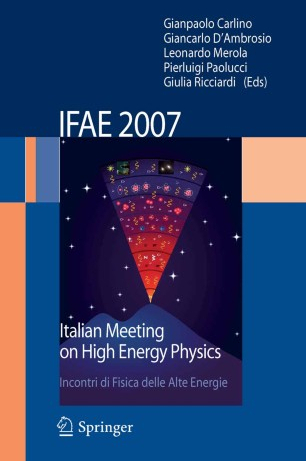 This book collects the Proceedings of the Workshop "Incontri di Fisica delle Alte Energie (IFAE) 2007, Napoli, 11-13 April 2007". This is the sixth edition of a series of meetings on fundamental research in particle physics and was attended by about 160 researchers. Presentations, both theoretical and experimental, addressed the status of Physics of the Standard Model and beyond, Flavour phyisc, Neutrino and Astroparticle physics, new technology in high energy physics. Special emphasis was given to the expectations of the forthcoming Large Hadron Collider, due in operation at the end of 2007.