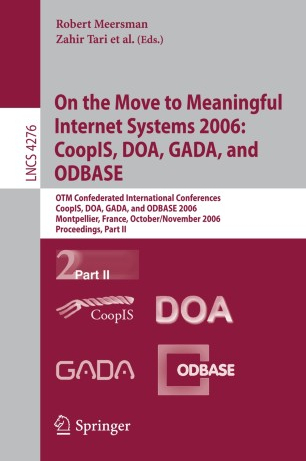 A two-volume set, which constitutes the refereed proceedings of the four confederated conferences CoopIS 2006, DOA 2006, GADA 2006, and ODBASE 2006 held as OTM 2006 in Montpellier, France. It contains 106 revised full and 9 short papers, which were carefully reviewed and selected from a total of 361 submissions.