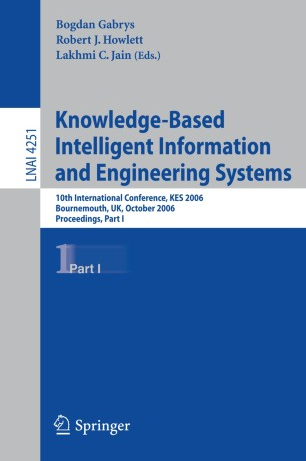 Delegates and friends, we are very pleased to extend to you the sincerest of welcomes to this, the 10th International Conference on Knowledge Based and Intelligent Information and Engineering Systems at the Bournemouth International Centre in Bournemouth, UK, brought to you by KES International. This is a special KES conference, as it is the 10th in the series, and as such, it represents an occasion for celebration and an opportunity for reflection. The first KES conference was held in 1997 and was organised by the KES conference founder, Lakhmi Jain. In 1997, 1998 and 1999 the KES conferences were held in Adelaide, Australia. In 2000 the conference moved out of Australia to be held in Brighton, UK; in 2001 it was in Osaka, Japan; in 2002, Crema near Milan, Italy; in 2003, Oxford, UK; in 2004, Wellington, New Zealand; and in 2005, Melbourne, Australia. The next two conferences are planned to be in Italy and Croatia. Delegate numbers have grown from about 100 in 1997, to a regular figure in excess of 500. The conference attracts delegates from many different countries, in Europe, Australasia, the Pacific Rim, Asia and the Americas, and may truly be said to be ‘International’.