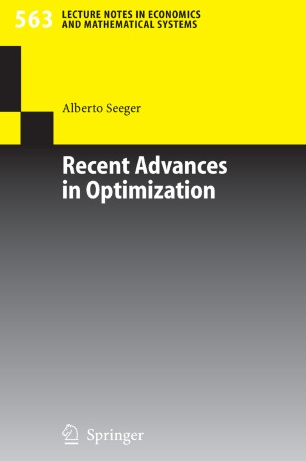 This volume contains the Proceedings of the Twelfth French-German-Spanish Conference on Optimization held at the University of Avignon in 2004. We refer to this conference by using the acronym FGS-2004. During the period September 20-24, 2004, about 180 scientists from around the world met at Avignon (France) to discuss recent developments in optimization and related fields. The main topics discussed during this meeting were the following: 1. smooth and nonsmooth continuous optimization problems, 2. numerical methods for mathematical programming, 3. optimal control and calculus of variations, 4. differential inclusions and set-valued analysis, 5. stochastic optimization, 6. multicriteria optimization, 7. game theory and equilibrium concepts, 8. optimization models in finance and mathema.