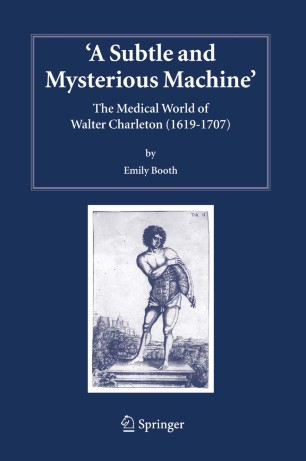 A Subtle and Mysterious Machine

Walter Charleton (1619-1707) has been widely depicted as a natural philosopher whose intellectual career mirrored the intellectual ferment of the ‘scientific revolution’. Instead of viewing him as a barometer of intellectual change, I examine the previously unexplored question of his identity as a physician. Examining three of his vernacular medical texts, this volume considers Charleton’s thoughts on anatomy, physiology and the methods by which he sought to understand the invisible processes of the body.