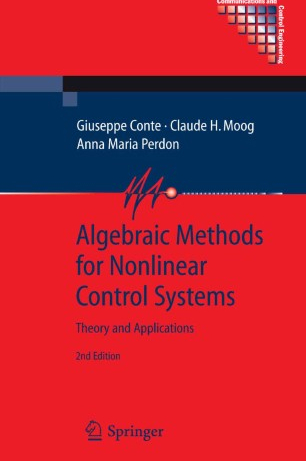 A self-contained introduction to algebraic control for nonlinear systems suitable for researchers and graduate students.The most popular treatment of control for nonlinear systems is from the viewpoint of differential geometry yet this approach proves not to be the most natural when considering problems like dynamic feedback and realization. Professors Conte, Moog and Perdon develop an alternative linear-algebraic strategy based on the use of vector spaces over suitable fields of nonlinear functions. This algebraic perspective is complementary to, and parallel in concept with, its more celebrated differential-geometric counterpart.Algebraic Methods for Nonlinear Control Systems describes a wide range of results, some of which can be derived using differential geometry but many of which cannot.